By now, you will have likely realised I am as much about systems and workflows as I am about products themselves. Certain products lean themselves towards practical use, the mesh with my way of thinking and working - the Stone Glacier R2 330 is one such product.

Now, some of you might already know, that I brought in and sold some of the Stone Glacier Hunting packs through the other site I run – The Gearlocker.

These were the Lightweight Hunting Packs, which were of interest to me originally because I wanted a lightweight replacement for my awesome, but heavy, Mystery Ranch Backpack System.

Now, originally, I promised the guys a review of the Sky Talus. Which I still intend to do. But the other reality was that, with the kids, I simply haven’t been able to get out to really test what is essentially an expedition level pack.

However, while down at the Sika Show last year, I noticed that Twin Needle happened to have a Stone Glacier R3 pack on display. I already had the High Ground Gear HG-831 – which was damn close to what I wanted (in my head) – but, just not, you know, perfect.1

The pack is, essentially a tactical version of the Solo 3300. An addition of molle on the front, a full-length zip system, and a few other, ‘gun’ specific alterations are in place. In addition, it uses a different frame system to the X-Curve – though, by the best of my understanding, the packs are still totally interchangeable (though with a colour mismatch).

So, the main difference between the Stone Glacier R3 Frame (and the new Krux EVO frame) and the X-Curve, is, as the name might suggest, the X-Curve is curved. While it’s an oversimplification, and I am sure the Stone Glacier boys would cringe – but I see it as this – the X-Curve is the heavy load, going a long time frame, the new Krux is the super lightweight and the R3 sits somewhere in the middle. Anyhow – here is a much better explanation.

When I originally picked up the pack, the 3300 was the only option in the series – I see they have now also added the 5900 – a much larger pack. While, sure, I would like to check one out – for the meantime, I still have the Sky Talus 6900 on an X-Curve for long trips.

I have previously used the ‘standard’ 3300 – but really liked the notion of the rows of molle to add some pouches to the outside. The primary use was going to be for a field shooting pack – and didn’t want to have to dig into the bottom of the pack for some regularly used items. Simply adding some Armageddon Gear Pouches to the outside mean I can have things like my Sig Kilo2400 and Kestrel 5700 Elite handy. When I get to the next shooting position, I drop the pack, unstrap the gun and grab the gear. If I am not going far – then I generally carry the rifle on the sling and the rangefinder and Kestrel can live in the UFPro Striker HT pockets. It’s working out well as a workflow.

Inside, I keep the main first aid kit, the bulk of the ammo, Armageddon Gear Fat Bags, food and so on.

It’s just one of those (rare) cases where an equipment design just meshed with my way thinking. Often it comes close, often, not quite2 right though. Whether it’s for field shooting, taking clients out on a course or just as an uber hunting pack, this thing is the bomb! 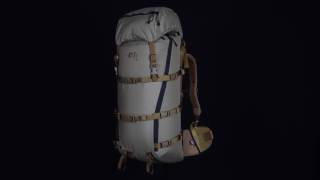 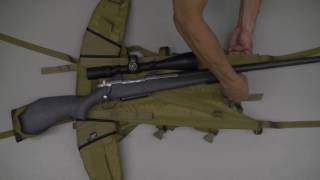 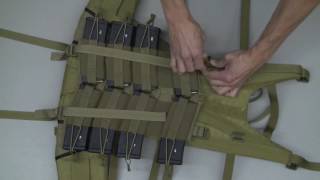 Kerry Adamshttps://thebloke.co.nz
A constant learner with an inquisitive mind, Kerry created The Bloke as a way to share what he was learning from the community of experts he found himself surrounded by. Precision Shooter and GunSafe soon followed. Somewhere along the line, he picked up one or two things himself. But don't call him an expert.
Facebook
Twitter
Pinterest
WhatsApp
Email
Print
Previous articleThe Tikka TAC A1 – first impressions
Next articleTAC A1 – ammo thoughts

Apparently, doing honest reviews and putting together safety and education content isn't the way you become rich on the internet! So. Your support is the main, direct way to keep me doing this. Become one of the blokes to support the site and related projects. Good on ya mate!

Say hello! I always enjoy hearing from our visitors. Email is normally the best form of communication – as I do tend to spend a bit of time off the grid at ranges.

Email me direct – kerry@psnz.info – or fill in the contact form. Both work!